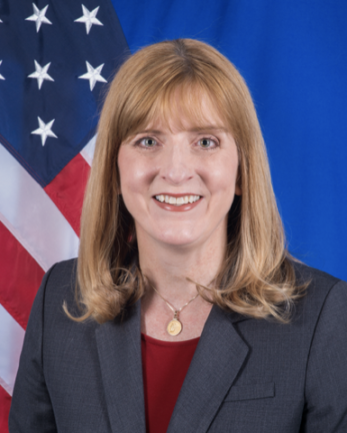 Melanie Harris Higgins is career member of the Senior Foreign Service, class of Minister-Counselor, with over two decades of experience representing the United States.  She was sworn in as U.S. Ambassador Extraordinary and Plenipotentiary to the Republic of Burundi on January 13, 2021.  She presented her credentials to President Évariste Ndayishimiye on March 2, 2021.  From 2018-2020, she was the Director of the Office of Central African Affairs (AF/C), leading U.S. policy toward the region where she began her career.  From 2015-2018, she was Principal Officer and Consul General at the U.S. Consulate-General in Auckland, New Zealand.  Prior to this posting, she was Deputy Chief of Mission at the U.S. Embassy in Port Moresby.  Ms. Higgins has also served in the U.S. Embassies in Indonesia, Bosnia and Herzegovina, Australia, and Cameroon, and has worked in the State Department’s Operations Center, as Acting Public Affairs Advisor in the East Asian and Pacific Affairs Bureau, and as the Thailand Desk Officer.  Ms. Higgins joined the Foreign Service in 1998 and is married to a Diplomatic Security Special Agent who is currently the Regional Security Officer in Mogadishu, Somalia.  She speaks Indonesian, French and some Bosnian, attended Johns Hopkins University, and received an M.A. from the Nitze School of Advanced International Studies (SAIS).